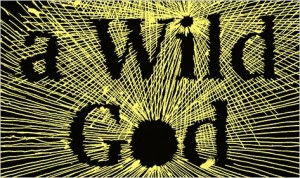 In the final pages of Barbara Ehrenreich’s ‘Living with a Wild God‘, she says: “Human solidarity […] is the only reason for writing for a book.” It’s one of those moments of joyful recognition that Ehrenreich is so generous at providing. You imagine a woman laden down with grenades of wisdom – she just chucks them out whenever she feels like it, not knowing or caring much about the impact, the blown minds she leaves in her wake. And you want to thank her, or punch the air, perhaps, for making the truth simple and believable. Ehrenreich has written this book out of solidarity with her species, and it is a book that fills the reader with gratitude: thank god for you.

Or maybe not god. God, or not god, is not exactly the question. In this reflection on science and religion, the existence of a monotheistic god is never at stake. Ehrenreich’s atheism is something she takes for granted, something handed down to her by generations of blue-collar workers and particularly by her (alcoholic, neglectful) parents, who teach the young Ehrenreich that if something can’t be expressed in words, then it can’t exist at all. Following her father into a scientific education, she attempts to fit the whole universe into this belief. When something strange happens in her seventeenth year, something that doesn’t fit, she represses it, tries to forget it, denies it. She hands over responsibility for the situation to a future version of herself. In the absence of better answers, she ascribes her experience to madness.

Yet the one thing that seems most unlikely in Ehrenreich is madness. Even as an adolescent (“a particularly clinical case”) her journal writing is assured, confident, and full of her irrepressible intelligence. She treats her younger self with great compassion for the most part, only losing patience when the troubled teenage girl shows a lack of ability to think clearly about her experience. Think about it! Make sense of it! She exhorts her former self. But this lack of thinking and questioning is a brief blip in the mind of a woman whose greatest gift to the world is her ability to think it through.

Because Barbara Ehrenreich is one of our greatest thinkers. She’s clear-sighted, rigorous, original, and she never allows herself to get away with an easy answer, or to use language to obfuscate or misdirect the reader. She is scrupulously honest, even when the subject does not yield readily to explanation. Her job is to report what there is to report, to enlarge our knowledge of the world and each other. Her foundation is a brilliant, if formidable, intellect – and if she doesn’t suffer fools gladly, at least she never assumes that you are the fool.

In this book, she thinks clearly, lucidly, and persuasively about the question that’s been bugging her since she was a kid: What the hell’s going on here? What exactly is this world? By the end of the book, she has, in her meticulous, clear-sighted manner, answered that question, or at least got as close to an answer as she can. Along the way, she provides a slyly witty account of her adolescence, which hints at the origins of her later successes and failures. Her account of her relationship with her father is sad and subtle; her tales of being exposed to potential fatalities are wildly entertaining: perhaps some combination of these influences make the adult Ehrenreich simultaneously a superlatively rational thinker and the kind of woman who spends hours alone in a kayak, taunting sharks.

There’s a sense of correspondence, too, between Ehrenreich’s teenage and adult selves. As a teenager, Ehrenreich demands of her future self that she reads her journal with compassion, that she doesn’t forget. She needn’t have worried: Ehrenreich more than does justice to her and to her story. She has written exactly the book that the young Barbara desperately needed to read. And for those of us who also spent our youth in passionate pursuit of the meaning of life, Ehrenreich’s perspective is invaluable. Here is a woman who has lived the life of the mind, who has travelled from solipsism to solidarity, and who sincerely attempts to answer the question posed in her journal by her sixteen-year-old self: “What have you learned since you wrote this?”

You might not find the meaning of life in this book, but you’ll certainly learn something, and that’s a very good place to start.